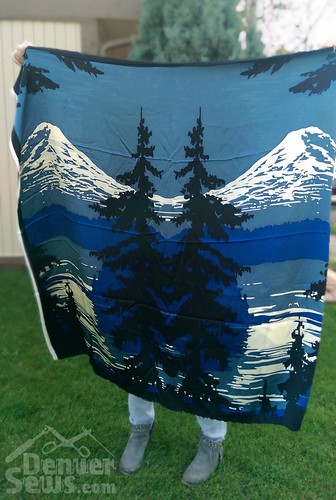 Does this fabric look familiar to you? A month ago I laid down a challenge to my fellow DSC bloggers:

Use a fabric that you’ve been hanging onto a long time. We probably all have fabrics in our stash that we love so much we’re afraid to cut into them… but they’re not doing us any good sitting in a closet. Be brave and cut into it! It doesn’t have to be silk or anything fancy, just something you’ve hung onto for awhile.

I promised I’d make something with these two silk panels I’ve had in my stash for awhile. I needed a big push to cut into a fabric with a fancy designer name in the selvedge. 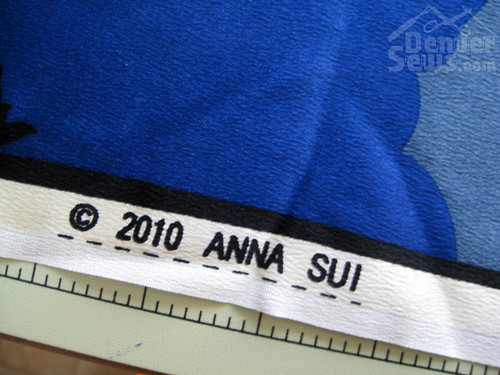 I had intentions when I bought this to turn it into a kimono, I was just terrified I’d do something dumb and obscure the beautiful landscape so you wouldn’t be able to tell what it was. First I wasn’t sure what pattern to use for a kimono. There are tons of tutorials on the internet on how to “draft” your own (aka measure rectangles), but I wasn’t sure how flattering a true rectangular kimono would be. I really liked this version by Erica B so I decided to go with Simplicity 1318:

I like how the front is shaped to form a bit of a V at the neckline, and the waterfall hemline gave the the opportunity to make the back long enough to use the full panel without drowning me in the front. Unfortunately this pattern has a center back seam and set in sleeves. (Set in sleeves? On a kimono?!) So, I had to do a bit of piecing to merge the back and sleeves into one piece. While I was going though the trouble of tracing, I decided to trace/merge the pieces on a clear piece of vinyl. You can buy this at Joann’s on a both for about $2.99 a yard. EVERYONE asked me what the heck I was doing when they saw me tracing on vinyl. I think they were hoping I was making some weird see-though clothes. (“Hoping” might be the wrong term.) Well, this was what I was doing… 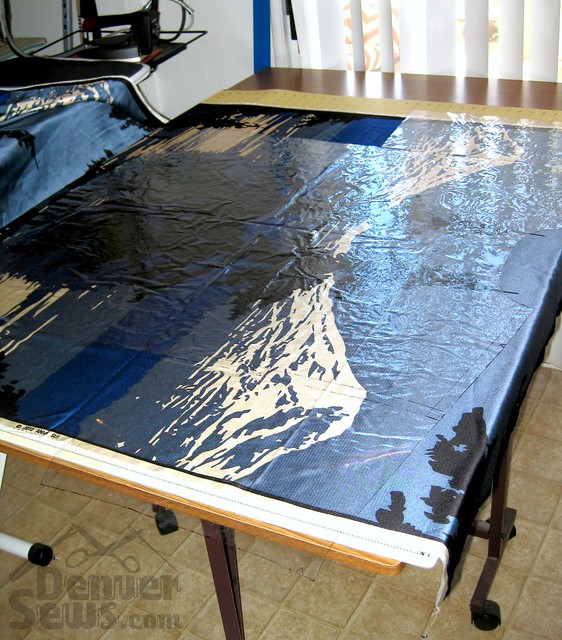 Okay, you can barely see the pattern piece in this photo, but that’s kind of the point. Making the pattern clear allowed me to get a really good idea of where the print placement would be before I cut. Like I said, I was terrified of ruining the landscape! The clear pieces also came in handy when cutting the two front pieces. After cutting one front I marked the location of a major feature with tape, then used the tape to line up the pattern piece with that feature on the other side so my pieces were mirror images of each other. 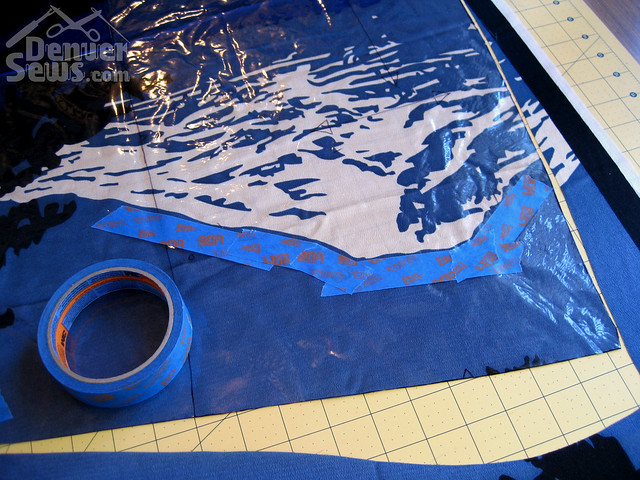 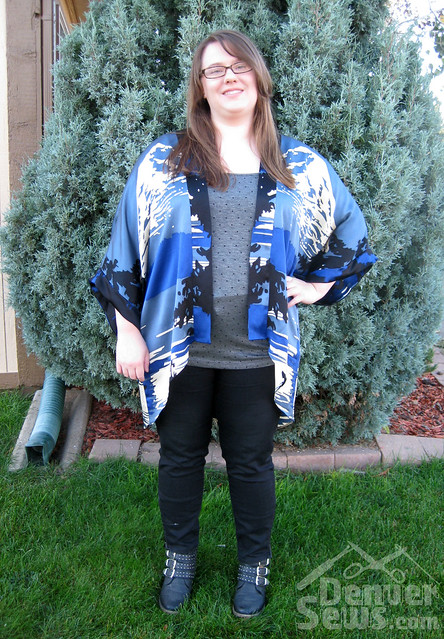 As terrified as I was about working with this silk it handled beautifully. It pressed well and it went through my machine fine (no getting sucked down into the throatplate at all). I used my rolled hem foot to do a narrow rolled hem to try to retain the swingy-ness of the fabric as much as possible. 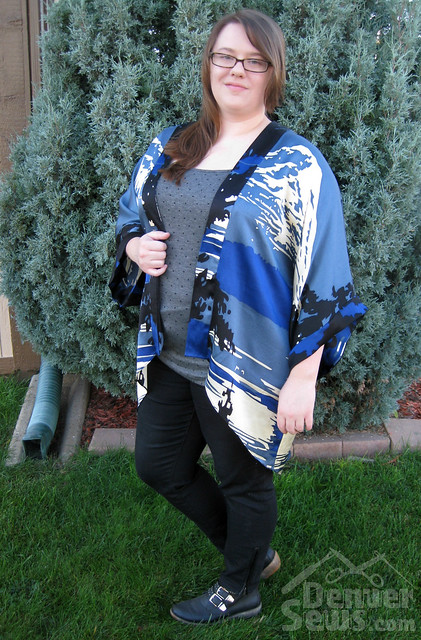 And the landscape? Preserved on the back! (Giving you my best Jesus pose here… don’t know how else to show it!) 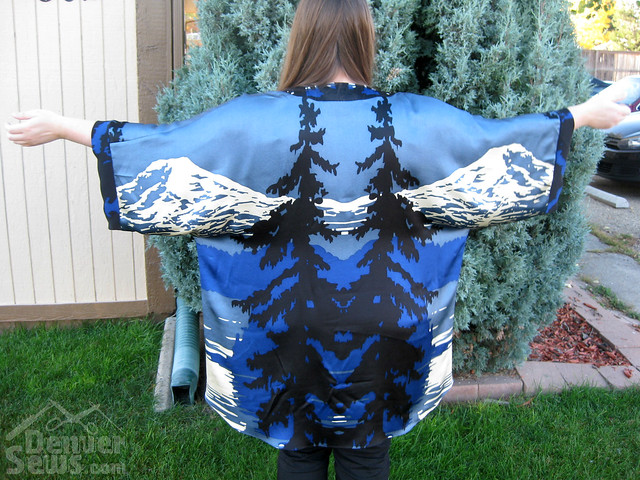 Here’s some tips for the fearful seamstress on how to gather the courage to sew up your precious silk pieces:

Oh, and if you have a stash busting creation you want to share for October, post it to our Flickr pool at https://www.flickr.com/groups/denversewschallenges/  ASAP – we’ll be doing a round up post at the end of the week. I can’t wait to see what everyone else has made!