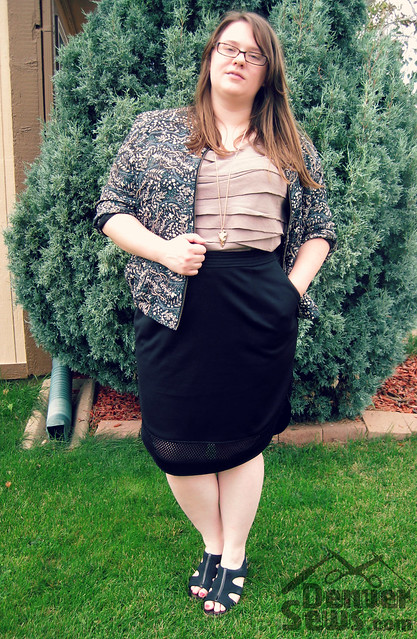 Last week Wednesday the theme for Sew ‘N Sudz (which I didn’t end up actually making it to) was skirts, so I decided to start sewing a skirt on about Monday. I bought this stretch athletic mesh after looking forever from a seller on Etsy because I had plans to use it as an overlay on the contrast panels of some Fehr Trade PB Jam Leggings. But by the time I found the right fabric for winter skiing tights it was May and I lost my mojo. I’ve had the mesh sitting out for months and every time I look at it I think of new things I want to use it on – I wish I would have bought more! If you can’t tell by this rambling story, my sewing is less “Sewing with a Plan”, and more…

I had a vision in my head of adding a mesh insert to a skirt with a hemline like those 70’s athletic shorts that swoop up at the sides seams. What is that called anyways? The great thing about being addicted to pattern magazines is that if I can dream something up, I can flip through a pile of magazines and probably also find a pattern to work off of. This pattern from the May 2013 issues of Manequim did the trick. 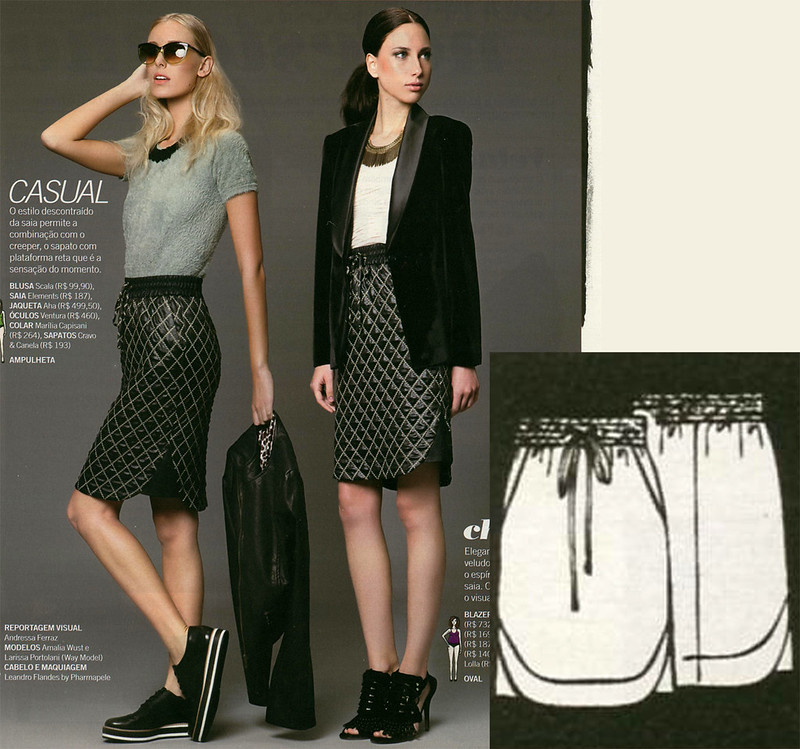 The swoopy part on the hem is marked on the pattern pieces, but from the magazine pic I’m thinking it was just supposed to mark a line to top-stitch. Since you have to add seam allowances it doesn’t really matter – I just separated the pieces and added seam allowances. I also added another stripe on the bottom to make in the main fabric.

The main fabric is a black scuba knit I bought from Fabric Mart months ago when it must have been the weekly/daily special because the sticker said $3.99 a yard. I must have bought about 6 yards but I don’t regret it a bit – this is some great fabric and very versatile. After I cut the pieces out I sewed the mesh insets in first. The seam allowances needed to be pressed towards the scuba knit so they didn’t show behind the mesh. 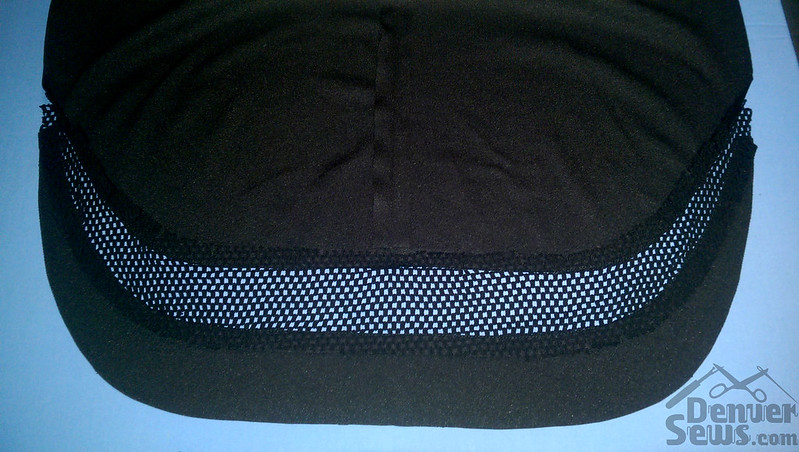 Next I sewed the the front and back together, added the waistband, and then added top-stitching to hold the seam allowances to the side I pressed them to. I added lines of top-stitching to the waistband like in the magazine photo to give it an athletic look. (I left the drawstring out though.) Also, pockets! Here’s a closeup of the details. 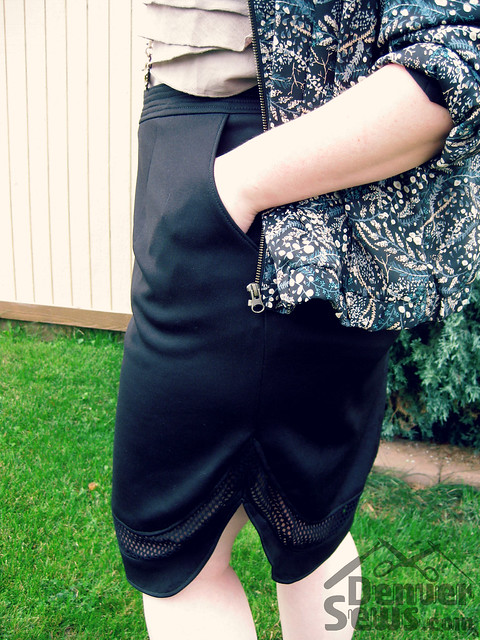 All of the stitching was done with a stretch stitch on my regular sewing machine. It went together surprisingly fast, and I think I spent more time on the top-stitching than the rest of it put together. I’ve already worn the skirt twice – it’s comfortable and I like the juxtaposition of dressy and athletic elements.

By the way, are you curious about what the heck Manequim magazine is? It’s a pattern magazine from Brazil which I LOVE. Unfortunately it’s all in Portuguese and the patterns generally only come in one size so you either have to only sew what’s in your size or do a bit of grading. 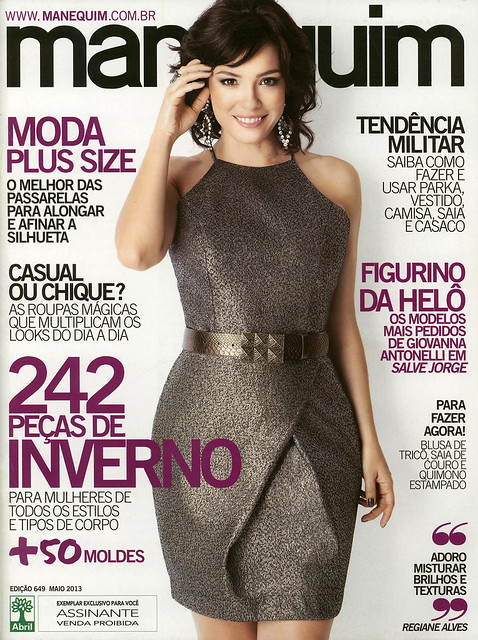 So why do I like it so much? The patterns are always amazing! I’d say they’re more modern and on trend than Burda. It depends what your style is though – I’d say there is a narrower range of styles represented but it matches well with my style so I usually like a good portion of the patterns. The patterns seem to have more interesting details to and there are less plain basics and repeats. Here’s a few pics from the May 2013 issue to give you an idea… 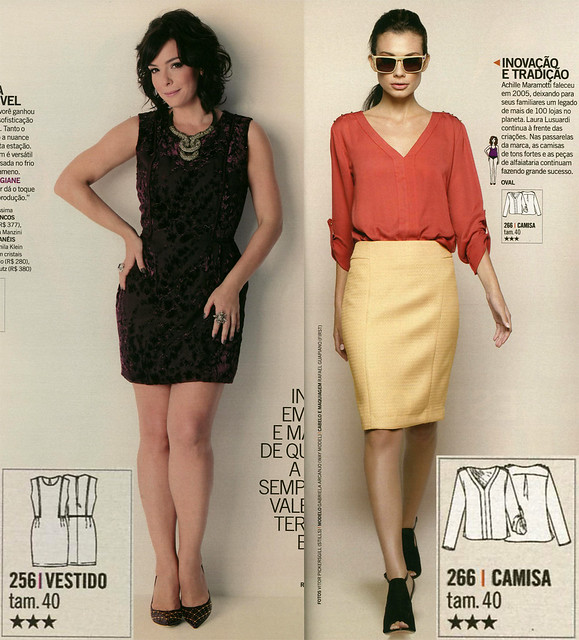 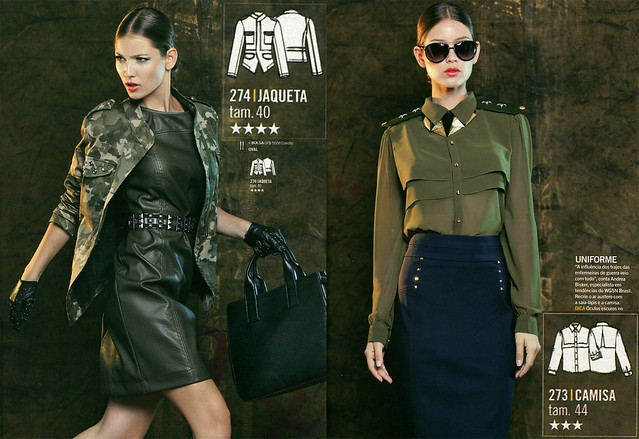 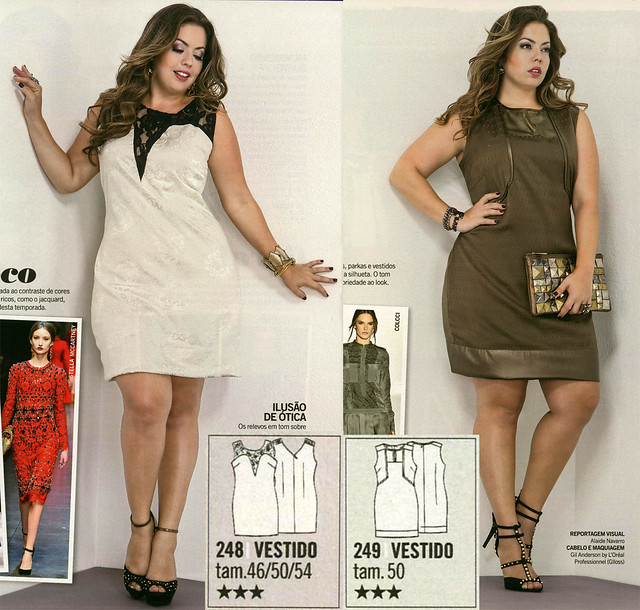 Plus size models that actually look plus size! Another reason I enjoy Manequim.