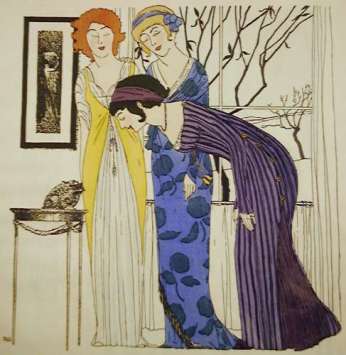 If you’re like me and love looking through vintage fashion illustration either on Pinterest, around the web or in (gasp!) a book you most likely have seen Paul Iribe.

Paul Iribe was a fashion illustrator and collaborated with some of the top designers of his day. He  worked with Paul Poiret, Coco Chanel (they were also lovers, he died rather suddenly and  some alleged he died in her arms. He was 52), Cecil B. DeMille and contributed thousands of illustrations to fashion and design magazines such as Vogue   and others. He was also a prolific political illustrator drawing profound, sometimes controversial images for French magazines such as Le Mot and Temoin.

If you look through just a broad selection of his work you can see the Deco and Art Nouveau styles as well as the Weimar culture represented.

Unfortunately, there is no current retrospective of Iribe’s work except for the Précurseur de lart déco a French text, written in 1983.  What I love about his work is the way in which he adapts and changes to the styles of the moment. Just looking through a bit of his work in some cases it’s so strikingly different you wouldn’t know it was from the same man. 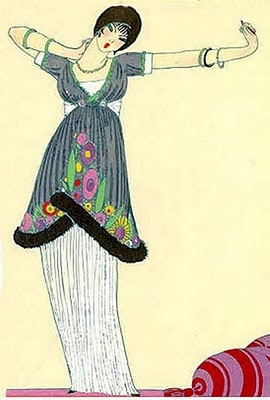