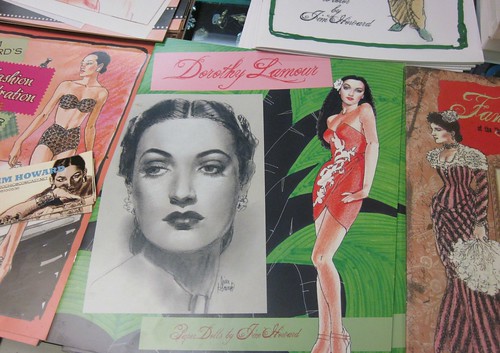 It was a last minute invite from Tish Gance of HISS Studio, but I’m so glad I went. Fashion Illustrator Jim Howard spoke at the Brush Strokes Gallery on South Broadway and charmed and entertained a standing room crowd of his adventures in fashion and art.

Getting his start doing grocery store adverts in his native Texas he quickly outgrew this work and had his sights set on Neiman Marcus. But, first he joined the army, saw the wonders of Europe and then came back to the states.  He would become Ad Manager for Neiman Marcus and later Assistant Art Director. Later moving to New York as any young up and comer in the fashion world would do. He has illustrated for Revlon, Bon Witt Teller, Franklin Simon, Saks 5th  Ave and several couture houses. He has met Mademoiselle Chanel, Yves Saint Laurent, and drew a stunning portrait of Isabella Rossellini when she was modeling for Lancome. He credits his 40 years of illustrator success with simply knowing how to draw, not just women but everything.

He drew women early on but adapted well to drawing men too. He has worked with live models (as illustrators did back in the day) as well as taking Polaroids and then drawing based on the photos.  Some of his works are now on display at the Museum of Fine Arts, Boston. Before finally (?) settling down in our beautiful Denver, Jim worked in Santa Fe and Albuquerque, New Mexico working as an illustrator as well as in theater. Jim spends much of his time now creating and illustrating beautiful paper dolls, which you can purchase at Turn of the Century Antiques as well as on Amazon. We are so privileged to have Jim call Denver home. I am so glad I got to meet him and learn more about his amazing and wonderful life in fashion. 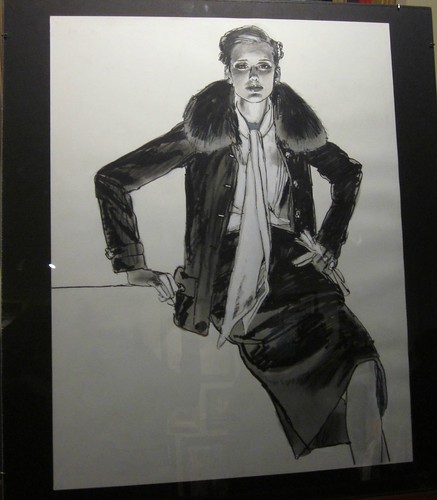 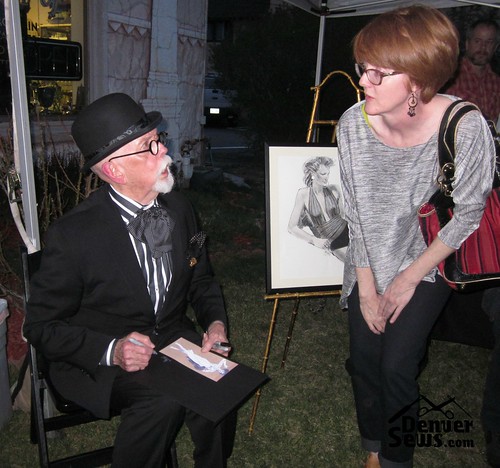 Me crouching weirdly while talking to Jim Howard. This was right after I accidentally took a flash selfie of myself. Hair looks good though. Win.